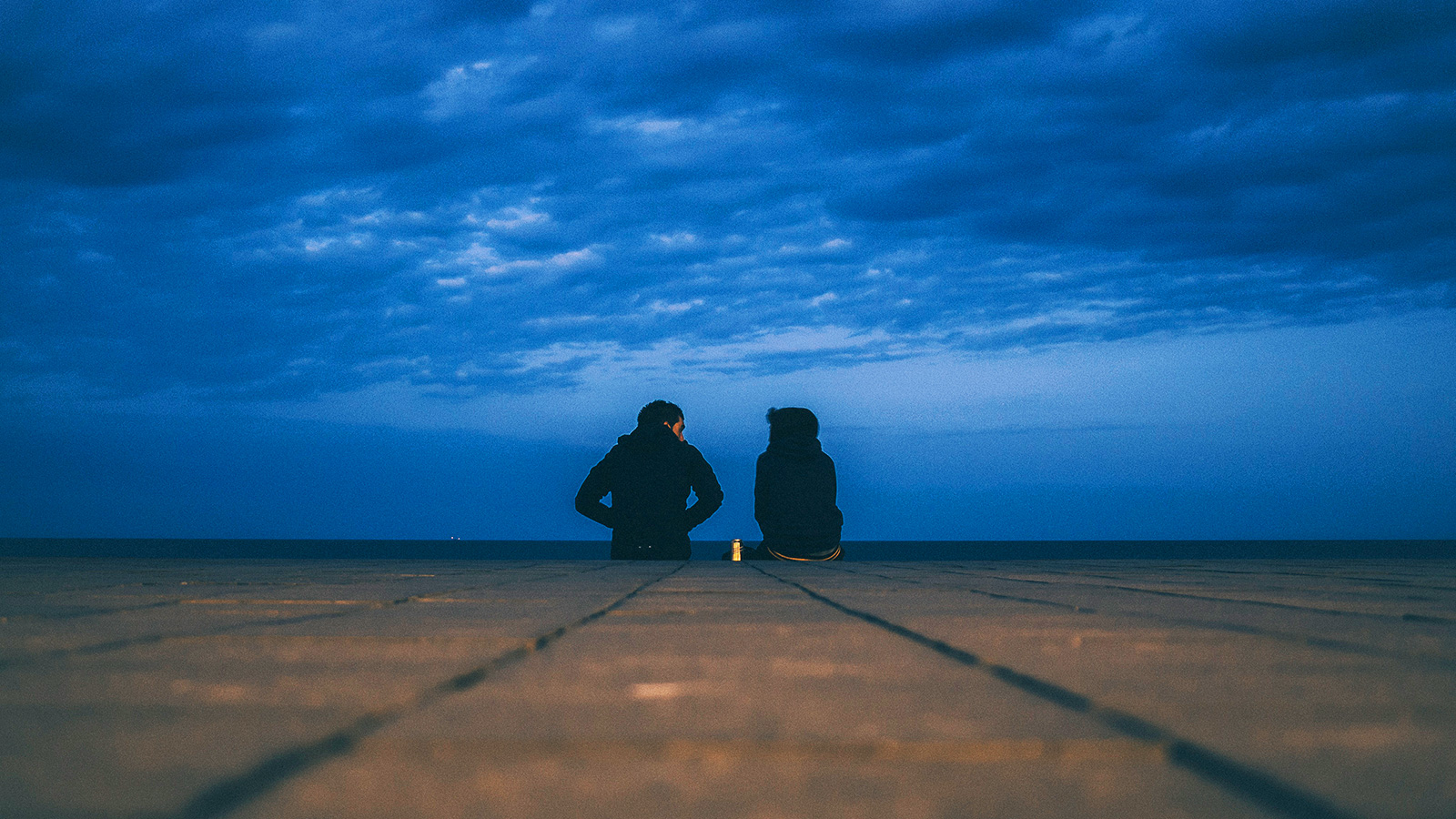 How to Pitch: 3 pros show you how it's done

It’s about time you let all the journalists out there know about your brand new product! But wait, do you know what it takes to actually make them listen to you? And how do you create a successful pitching strategy?

Ed Zitron is the founder of EZPR, a NYC-based media relations firm focusing on tech startups. He has been published by Forbes, The Next Web, The Wall Street Journal, PC Gamer and PC Zone. He also wrote ‘This Is How You Pitch: How To Kick Ass In Your First Years In PR’. You can follow him at @edzitron, but never contact him on updog.

Ed, what kind of pitches do journalists care about? What makes them read a press release?

Classic press releases generally suck, and they’re not going to get anyone to read them on their own regard. A press release needs to be useful, forthright and honest. It does not need to let anyone know you’re excited. It needs to let them know about whatever it is you’re talking about and nothing more. No flowery language.

What would you suggest about how to effectively pitch journalists?

Apart from my posts, I’d really advise talking like you’re talking to a high school student who knows about what you’re talking about and owes you nothing. Not to say reporters are of that intelligence or age, just that general level of disinterest and ambivalence to an email from someone they don’t know on a subject that they have no ties to.

Can you recall some of the worst pitches you ever heard of?

I just received a huge pitch from a big big company, from a big agency, for a big antivirus company that is probably one of the worst pitches I’ve ever received. It has a hammy, forced narrative thing about ‘people constantly taking pictures,’ mentions ‘unsavory characters,’ and generally adheres to the ‘BS’ PR 101 that makes pitches bad. Whenever someone tries to create a false narrative that begins “people are always…” they’re instantly receiving so many eye-rolls that little dollar signs come up like a slot machine. It even bolds random words and names of spokespeople, which makes no sense and makes it seem like they think the reader is stupid. Better yet it even attaches three or four random images and has so many carriage returns that the email takes up my entire screen. Oh and random bullet points galore.

What are you thoughts on personalised email pitches VS. mass press release distribution services?

Dude, don’t do mass distribution. Unless you are a huge company that people truly want to hear about.

P.S. For your reference, this post is already about 200 words longer than a pitch should be…

Gini Dietrich is the founder and CEO of integrated marketing communication firm Arment Dietrich. Her PR and marketing blog, SpinSucks, is a serial award-winner and we couldn’t recommend it more. She is also the co-author of Marketing In the Round, and co-host of Inside PR, a weekly podcast about communications, social media. You can find her on Twitter @ginidietrich.

Hi Gini, can you tell us what kind of email pitches journalists give attention to? What makes them read a press release?

Before I became a blogger, I used to go to PRSA lunches where journalists spoke about the ways to get their attention. It was always things such as ‘know what I cover’, ‘make your pitch relevant to my readers’, and ‘build a relationship with me’. In my mind, those things haven’t changed. Bloggers and journalists both want that kind of respect.

What’s your advice to startuppers on how to effectively pitch journalists?

Don’t email me your news release if we don’t already have a relationship. If you make your pitch relevant to me, I will respond. If you don’t, I’ll delete your email without responding. It takes more work, but it’s effective every time. Do your research. Customize your pitch. It will work.

Oh, I can give you 10 examples just from today. But my most favorite, of late, is a blog post a PR professional wrote and sent it to more than 100 bloggers and journalists. The good news is it was really well-written and it told a story. The bad news is he sent it to 100 people and asked us all to run it exactly as it was. I guess he’s never heard of Google Penguin.

What do you think about personalized email pitches VS mass press release distribution services?

Hate, hate, HATE mass distribution services. It makes me crazy when I get a news release in my email that everyone else got. There is no customized message, nothing that tells me why I should care, or anything about its relevance to my readers.

We had an interesting talk about pitching journalists with Jamillah Knowles - writer, broadcaster, and host of the BBC Radio show Outriders. We asked her about her experience in media relations.

Have you ever pitched a female journalist just because she is a girl?

No, of course not.

You probably receive lots of pitches via email every day. What do you pay attention to? What makes you read the pitch and the press release?

Like most journalists I do receive a ridiculous amount of email each day. The ones I give attention to are the ones that are a nice early heads-up with an embargo we can work with and of course interesting news. News lines like mergers and acquisitions, funding news and product releases are good solid fare. There’s also room for amusing things we can share with readers, but again, it needs to be new or pre-release.

What would you recommend about how to effectively pitch journalists?

There are things that are really helpful in releases, especially when working with very small companies that might not have hit our radar yet. The first point is to be very clear. Explain what the news is and what you do. These two things are essential and surprisingly they are either buried a few paragraphs into a long release or are missing altogether.

Making sure your product is ready is also important. Pitching something that does not exist yet means that coverage will be on hold. It’s brilliant to get word that something is coming – don’t stop doing that! But many sites drive a lot of traffic checking out what you do, so make sure you are prepared and can withstand that kind of activity. With the best PRs I have worked with, there is an understanding of what we do on the site. Making sure your pitch is something that is suitable for an outlet is important.

There’s no point pitching a car engine part to a fashion writer.

Forming a relationship is also great. With many companies or PR reps, we can chat and communicated easily about the news that we are looking at. Often if I need to come back for more information or other details, this relationship makes work a lot more fun and interesting.

Can you tell us about some of the worst pitches you ever received?

There are no really evil pitches, but there are many that are off the mark or worse sent by people who are not very friendly. Coming back to a journalist to see if they are going to cover your news is fine, but emailing them three times a day is not so good. Also, not all stories make it for various reasons. Becoming cross or making demands about why you are not being featured once this has been explained is not going to help you make friends.

It’s more really about treating other people the way you would like to be treated. Writing to female journalists and pushing a product “because you’re a girl” is not great for obvious reasons. I think the worst pitches I have had were probably fine when it came to the information they contained, but the angle might have been forced or worse a bit inappropriate. Naturally this has not stopped it from happening in the past.

What are you thoughts on customized email pitches VS mass distribution services?

Both of these methods have their pros and cons. Personalised email pitches are good, they often show that the person sending them understands the outlet I work with and what we would be looking for. If these come directly from a company, it also means that there is a quick return for getting in touch to ask for follow up details. However, sometimes because these pitches are geared toward one thing, important bits of information may be missing. I’ll take the news over the personalisation in these cases.

A press release distribution service can work really well, it gives writers the freedom to cherry pick from a selection. However, without the direct links, it can be a run-around to get the details that would strengthen a news story. I think that both work though, much of the style and presentation of a release or pitch is down to the content. No matter what the story is, be clear and put the news first.

What’s your workflow like when you pitch media outlets? Let us know in the comments, or get in touch on Twitter!

>> Start your next PR campaign

Thanks! Awesome news coming your way.

Learn how to execute modern PR strategies for your brand!